🚩 Alarm Bells are warnings 🚩They signal the demise of the debt-based global currency system and the transition to something new. This page will be updated with evidence that confirms or refutes the Superbubble worldview. 🚩

This hurts Putin how?

In response to Putin's invasion, EU leaders put themselves at the forefront of efforts to punish Russia. Severe sanctions were supposed to halt 'Putin's War Machine' and perhaps even crash Russia's economy.

Western leaders seem to be randomly pushing any button they can find, without thinking it through. This will have an extremely high cost for people in Europe and beyond.

It was quite predictable that the sanctions would not work. Sanctions are loved by the politicians that impose them. However, independent economists—and the United Nations—have spelled out why they don't work, and harm ordinary citizens.

But it was not obvious in advance how much the sanctions would strengthen Russia's economy … And weaken the west's. So this post tracks signs that Russia's isolation is making it economically stronger.

2022-03-23 – Bank of Russia to buy gold in domestic market at 5000 rubles per gram. With a gram of gold trading then at ~$62 (this implies a RUB/USD rate of around 80.6), RUB/USD quickly moved towards this level, strengthening the currency back to pre-war levels. Oil and gas exports and strict currency controls have helped the ruble recover.

2022-03-31 – It did not take long for the Russian Ruble to return to levels seen before the Ukraine war. Oil and gas exports and strict currency controls have helped the ruble recover.

2022-04-11 – Russia posted their largest current-account surplus since 1994, as revenues from oil and gas exports surged and imports plunged after sanctions in response to the invasion of Ukraine. The proceeds of oil/gas sales have become a critical source of hard currency during the war, enabling authorities to pay for imports, support the economy and restore confidence in the ruble.

2022-04-11 – Russia has enough holdings in yuan and gold even after the U.S. and its allies imposed sanctions on its reserves in dollars and other currencies, Bank of Russia Governor Elvira Nabiullina says in her annual report to parliament.

The ruble keeps getting stronger … 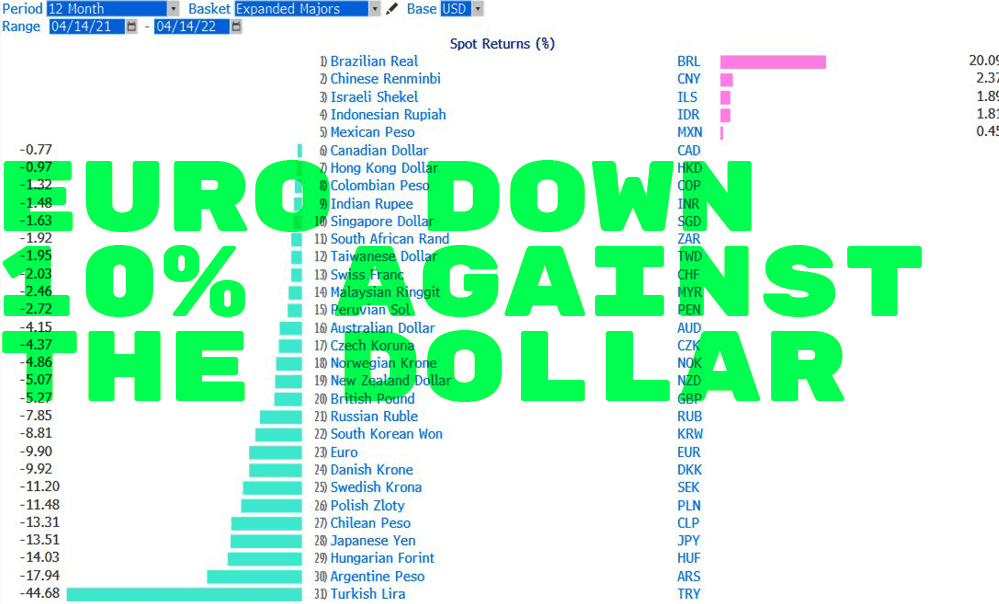 2022-04-25 – The Russian ruble strengthened past 77 against the euro to a near two-year high, its strongest since June 2020. The rouble was 3% stronger against the dollar at 73.17, near levels seen before Feburary 24, when Russia sent tens of thousands of troops to Ukraine.

2022-04-28 – Russia's revenue from fossil fuel exports soared to €62bn in the first two months of the country's war against Ukraine:

2022-05-02: "The sanctions are like a double-edged sword — they inflict pain on Russia but also impose costs on their imposers. The West is caught in a trap: The sanctions and the deepening conflict, by helping to raise global commodity and energy prices, translate into higher revenues for Moscow". 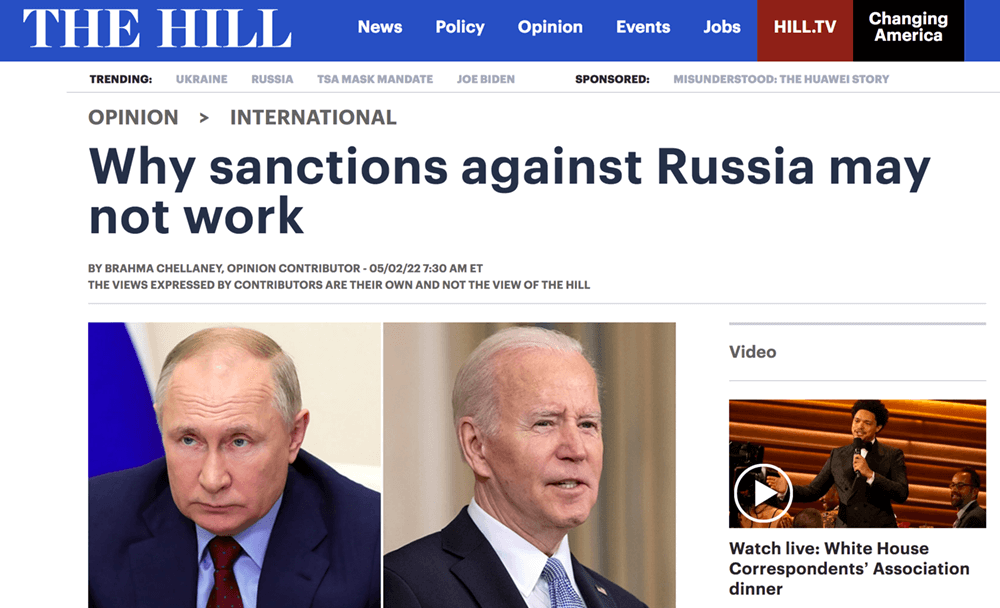 2022-06-03 – Asia is quietly rising as a key buyer of Russian crude oil exports after the European Union agreed to ban most Russian crude oil imports. China and India took advantage of steep discounts to make record purchases in April and May. The EU had been Russia's biggest market for crude exports until the sanctions forced the Russian government to find new buyers and re-route their oil.

Is the ruble getting TOO strong?

2022-06-29 – Rather than collapsing—as Western leaders intended—the strengthening of the ruble and the Russian economy has led to an unexpected problem for Finance Minister Anton Siluanov. He recently suggested that, in response to a continued rise in the ruble, Russia may start buying the currencies of "friendly" countries to try to lower their currency against the dollar and euro.

Brazilian President Jair Bolsonaro said on Monday that a deal was close with Moscow to buy much cheaper diesel from Russia, in what would appear to be the latest tangible benefit stemming from his friendly relationship with President Vladimir Putin.